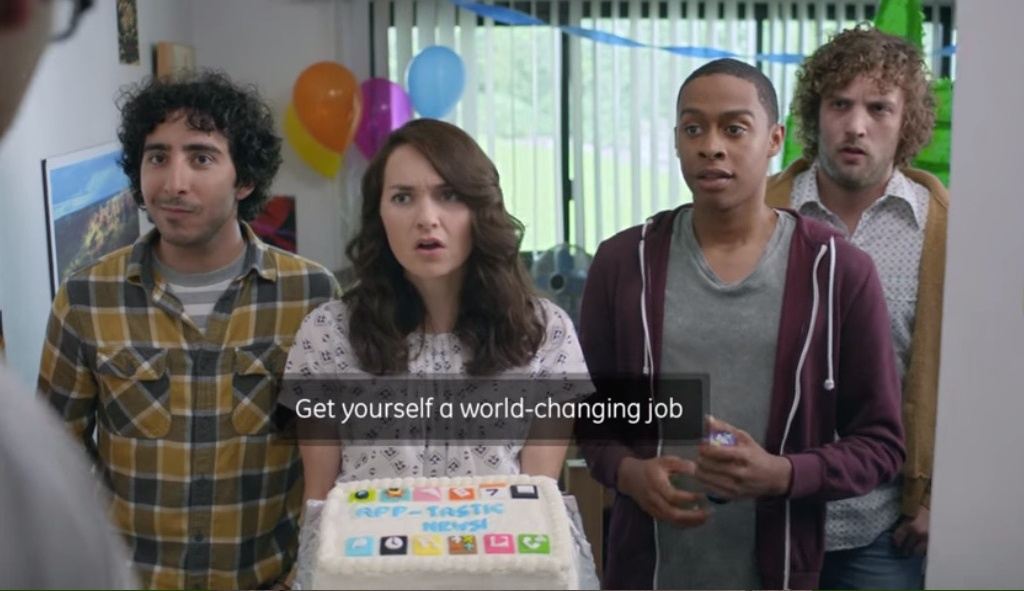 If you watched the first week of The Late Show with Stephen Colbert, you probably saw this ad from GE. It features Owen, a newly hired GE developer whose friends are confused about what he does:

Owen’s troubles personify GE’s struggle to compete for top technical graduates. Freshly minted developers have gravitated to Google, Facebook, and other younger tech companies because they’ve perceived GE as nothing but a manufacturing company. Yet GE is an incredibly diverse business involved in many innovations including mapping the brain, building jet engines, advancing materials science, and modernizing power generation. It’s a giant that’s sometimes misunderstood, and Katrina Craigwell, GE’s Director of Global Content and Programming, is doing something about it.

Explaining GE to a New Generation

Under the theme “What’s Next,” Craigwell’s team established six content pillars designed to showcase the GE of today and tomorrow. They wanted to show how the company of Thomas Edison was about a lot more than light bulbs and appliances:

Getting the Message Out

The team developed a campaign called #GEInstaWalk to highlight Brilliant Factories and open GE’s doors to new eyes. Six GE super fans and six Instagram influencers toured a factory in Peebles, Ohio, taking photos of jet engines in progress. The campaign earned 3.5 million impressions and over 200,000 engagements in less than 48 hours, and GE used the images for subsequent print campaigns.

GE has instant appeal for engineering students, but developers don’t always think of GE as their dream place to work. Enter Owen the developer, whose parents and friends don’t understand why a programmer would work at GE.

In addition to explaining how he’ll be writing a new programming language for connected machines, GE’s social networks are following Owen’s progress as a new hire. Developers not only know what GE has to offer; they can imagine a day in the life as a GE employee:

GE might be an old company, but it’s not afraid of tackling the 21st century’s biggest challenges. For young developers who want to shape the future, GE is what’s next.

A New Day for Assessments in Hiring [Webinar Recap]

Campus Recruiting: How the University Shortlist is Shortchanging You [Webinar Recap]