Send Your Job Ads to the Candidate Sourcing Strategies Museum 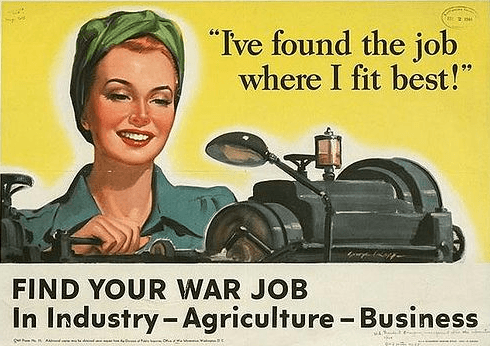 Anonymous search engine provider DuckDuckGo has some unusual candidate sourcing strategies. For one, they never posts job ads. Instead, they only take on new hires when someone contacts them directly about job openings. DuckDuckGo CEO Gabriel Weinburg also expects people to be active in the company’s open source community before he’ll consider hiring them. He calls the process “inbound hiring.” It’s just one example of how companies are ditching job ads and changing the way they source candidates

Once Upon a Time, There Were Classified Ads…

Imagine a retail hiring manager in 1955 who has decided to bring in a new sales associate. Candidate sourcing strategies were limited; they could advertise in-store or in the local newspaper. Candidates had to come into the store to fill out an application, which meant candidates self-selected according to who was the most motivated. Also, most candidates came from the community, which meant they sourced candidates from among their best customers. In 2000, according to data from the American Newspapers Association, American newspapers raked in $8.7 billion in revenue from job ads. By 2009, revenue from job ads dropped to just $800 million. By then, anyone in the world could apply for jobs online, and sending in a resume required a click of a button. Ads for a frontline employee meant not 10 applications but a tsunami of interested applicants from all over the world—candidates who weren’t necessarily even customers or fans of the business. To cope with the influx, HR started using ATS tools to scan for keywords in resumes. ATS eliminated not necessarily unqualified candidates, but definitely candidates who didn’t include job post keywords in their resumes. Humans disappeared from the application process, and automated emails (or absolute silence) took their place.

…Yet One Type of Employee Never Read Them

Candidate sourcing strategies were different for executives and high-level managers; they were sought out and nurtured by recruiters. Recruiters built relationships with management candidates, maintained those relationships, and matched their pool of executives to known job openings. What companies like DuckDuckGo are doing, in essence, is hiring everyone the way we’ve always hired executives. Plus, their method gets the self-selection benefits provided by the job ads of the 1950s. If getting hired requires a commitment to participating in the forum, only the most motivated candidates stay in the game. They also drawing candidates from the community, which means their candidates are their biggest fans.

So Do We Still Need Them?

In a few situations, job ads make sense. They’re required by law for many public sector jobs. Plus, a lot of employers recruit “classes” of people they plan to train for jobs down the line. This method brings in a group of recruits for jobs related to customer service, college admissions counseling, and even policing. But if you haven’t taken the step of creating your talent pool before a position comes open, job ads are a Hail Mary way to source candidates. You’re not creating a pool and then observing candidates in forums, on social media, or in recruiting classes. You’re asking for a tidal wave and praying good candidates surf in on top.

Even for many entry-level positions, the future of hiring means using the candidate sourcing strategies used to recruit executives. Build a network of talent, cultivate the best candidates, and make offers when you have an opening. Also, take advantage of self-selection via effort—and give yourself a better glimpse into your candidates—by using on-demand digital interviews. Find out how Under Armour cut time to fill by 35 percent and boosted candidate quality by modernizing its candidate sourcing strategies.