I wish this caller would hang up so I can text them and see what they want. If you’ve ever had your phone ring on a hard surface, you know it’s one of those sounds that really penetrates the ears. It’s best demonstrated by the strong shake of the unbreakable Nokia 3310, but in this instance, it’s my 17-year-old niece’s iPhone. As I look down to mention that there’s a call coming in, she seems fairly nonchalant about missing it. It’s not an uncommon mindset among anyone under 20: from nuisance and promotional calls to expectations of on-screen interaction, most younger individuals have been trained to wait for communication they can deal with on their terms. Anyone that’s spoken to a teenager knows that trying to distract them from a mobile device is nigh on impossible. The rise of chatbots, text based social media and the ‘drop in’ nature of Instagram stories and Snapchat mean interactions are increasingly done on the terms of the user, rather than the content provider. This has not only caused a fundamental shift in the way content is created, but also shared; gone are the Don Draper-style slogans and commercials. We've seen a profound shift toward influencer marketing and social adverts, and the HR World is no exception.

HR is Moving Forward, So Why Not Interviews?

Whether it’s self-driven micro learning in an LMS or employee communications, HR has seen a real shift to employee driven systems. Interviewing should be no different. When we think about something like learning, we can see its evolution through the ages: gone are the days of the Victorian-era workers' manual and first day mentor. Today's worker is constantly upskilling, honing their craft through online learning and shared best practices. Now compare that to the interview. Generally speaking, we’re still looking at a resume and inviting candidates to our offices based on a couple sheets of paper. We talk so much about candidate experience, but it’s always a candidate experience in the particular time slot we’ve requested they come in to see us. Instead of opening up our camera and FaceTiming our candidates, we’re still trying to pick up the old, dusty phone handset to ring up teenagers for a conversation.

Who Wants to Call a Candidate at 10pm?

Before joining the team as a Program Manager, I was leading HireVue’s deployment across 30 countries for one of their customers. One of the things I noticed during this time was that in our graduate programs, we were seeing candidates completing their OnDemand interviews between 6pm and 10pm. In other words, times that recruiters typically weren’t working, and outside business hours. Through the OnDemand, talent acquisition was providing the ability for grads to drop in and consume our content (and generate their own in reply) on their terms and when they chose. Even better, our evaluators were able to do exactly the same thing watching them back.

The Benefits of Sharing

How many times have you held your head in your hands because a hiring manager only gave you one "interviewing hour" a week - right when your best candidates are in the middle of finals. In that one hour, a hiring manager can watch anywhere between 5 and 30 candidate responses. Not only can you get back to your candidates faster, your hiring managers get their time back. It’s a win-win. Since you are no longer dependent on that magic ability to pluck out a great hire from a two page resume, you can judge candidates based on what value they can bring and what they say about themselves. That’s far more valuable than how they format the font on which college they attended. If it is the case that screen time has stunted an ability in social interactions, why are we relying on paper to make decisions, and not on the value an individual will bring to your organization? Being able to skip straight to that killer question means the ‘Purple Squirrel’ candidate (that would otherwise be at the bottom of a big pile of resumes), gets seen by managers. And it won’t take them any more time.

You’d think that with more candidates applying, that’s hundreds of videos to watch. HireVue empowers managers to take those two or three "golden minutes" we see in a face to face or phone interview - where the decision-making really happens - and lets you focus on those, rather than hunting for them during a 30 or 60 minute session. That means you can see more great answers in less time.

So, you’re making me take a day’s holiday to come to your office for an initial chat?

With HireVue OnDemands, companies are providing that interview interaction on the terms of the user, not the content provider. And it’s not just college grads either - candidates that would ordinarily need to take a day’s leave or don’t have time to take a phone call during the day can put their best foot forward when it works for them. They can do it on pretty much any device with a forward facing camera. In sum, HireVue is changing the way that people interview for jobs, and doing it in a way that lets candidates show their best self at a time when suits them. It’s helping organizations get to the best talent in a much faster way. Instead of the phone ringing on the desk, we’re texting them. 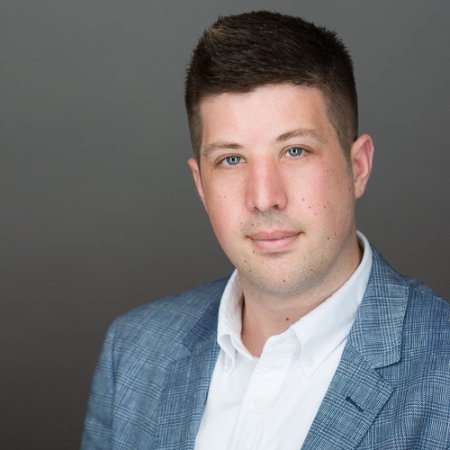 Adam Sunman is a Senior Program Manager at HireVue. As an ex-HireVue customer he was responsible for rolling out video interviewing at Vodafone. He leverages his years of experience in Talent Acquisition, Social Media, and Employer Branding to help large enterprises make the most of video interviewing. Find him on LinkedIn.