Don’t Haze Me, Bro! It’s Hard to Be Girly in a Brogrammer’s World 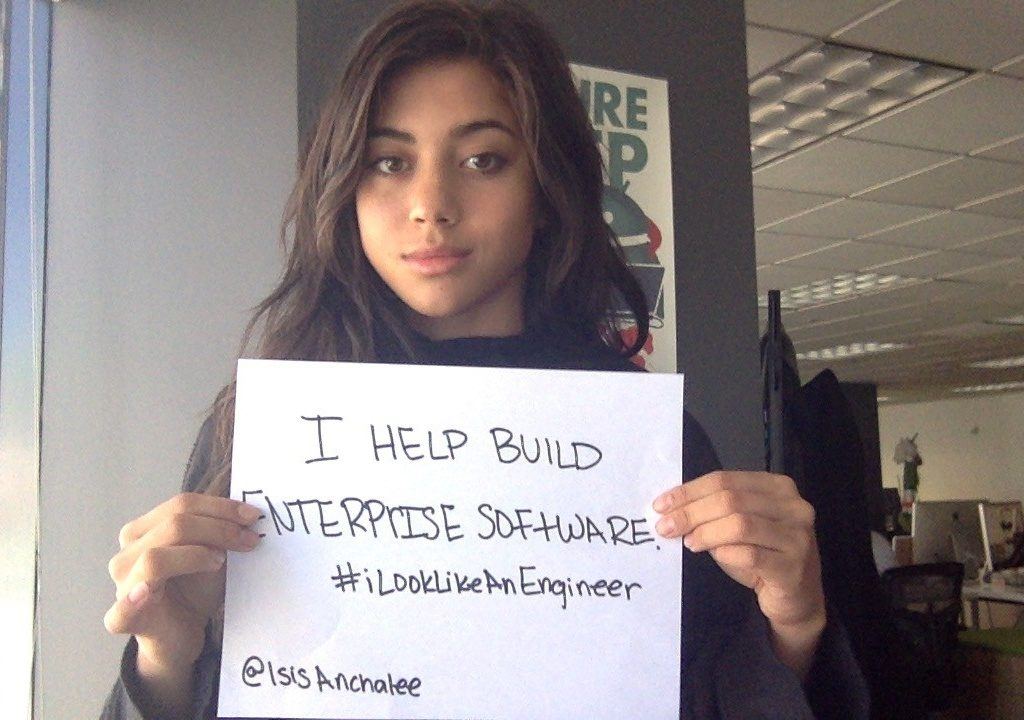 You’re probably asking yourself “What in the world is a Brogrammer?”. Let us explain. Amy Wibowo has two degrees from MIT, and she’s a software engineer at Airbnb. She gave a talk at AlterConf in Oakland about what it’s like to be a computer programming tutor who presents as feminine. If you go to a programming conference or event in a dress, expect to be treated differently. Wibowo, for example, works as a TA for conferences teaching women to code. Many of her male colleagues, instead of assuming she’s a TA herself, ask her how she’s enjoying learning to code. Everyone knows programming and development skews heavily male. Google’s technical staff is only 17 percent female—and they’re one of the top performers when it comes to diversity in programming. Yet programming has a long line of little known yet vital female contributors, some of whom you can read about in Walter Isaacson’s book “The Innovators.??? This isn’t, however, a post arguing that ladies belong in programming. It’s about what lady programmers want brogrammers to understand about being a girl who codes.

Entertainment is full of hardcore, take-no-prisoners female characters. Think Black Widow in Avengers, or, going back a few years, Buffy the Vampire Slayer. They’re assertive, maybe they drive a motorcycle, and they certainly kick ass. These fictional heroes are girls, claiming masculine behaviors as their own. Even with the best of intentions, people trying to empower girls portray masculine behavior as more desirable. Even feminists give women who present as feminine a hard time, as though the only reason any girl would wear a dress or paint their nails is to please a man. When Wibowo was a student, she discovered people didn’t comment on the content of her presentations. Classmates complained that her slides were pink, or that she pushed her hair behind her ear, or that they didn’t like her appearance. In her AlterConf talk, Wibowo also shared the story of Tracy Chou, an engineer at Pinterest. Chou attended a programming conference and wore a dress the first day. When she walked up to people and asked them complex questions, she was brushed off and told “you wouldn’t understand.??? She felt really flustered by the experience, so she went back the next day wearing jeans and a self-described “nerdy??? T-shirt. The second day, people didn’t assume she needed to have things explained to her V-E-R-Y S-L-O-W-L-Y.

The Power of Pretty

For many religions and cultures that subjugate girls, taking away “pretty???—makeup, dresses, nail polish, etc.—is a way of taking away power. In religious fundamentalist cultures (in which this author grew up), feminine appearance is the purview of sluts and ditzes. Young women are taught that girls who look feminine are girls who only have boys—and losing their virginity—on the brain. In truth, to feel pretty, in whatever way they define pretty, makes many women feel powerful. Dresses and nail polish aren’t worthy or unworthy; they’re just one form of self-expression. They’re worn by all kinds of women, from those who do feel pressure to play pretty to please men to intelligent, accomplished women like Wibowo who’ve learned that dresses and nail polish—and pink PowerPoint slides—can be their own “fuck you??? to the patriarchy. Next time you see a pretty programmer, bro, don’t assume she’s IQ-challenged or man-obsessed. Realize that even more progressive cultures, out of force of habit, do their best to vilify pretty.

The One Question You Should Ask

Most brogrammers, particularly in more developed countries, don’t consciously want to subjugate women. They have no anti-female agenda; in fact, they want to see female programmers feel more accepted. These are just old habits, and old scripts, that simply won’t die. Wibowo says that bros (and even females, because we subconsciously vilify pretty amongst ourselves) can start to wipe these habits out by asking this question before speaking to a lady programmer: “Would I give this feedback to a masculine-presenting cis man???? In other words, if you wouldn’t say it to a straight guy’s guy, don’t say it to her. Don’t tell her how to be less feminine-presenting by complaining that her PowerPoint is pink. Don’t tell her how to become more manlike in dress, self-expression, or relational style. It’s not her that needs to change, bro. The world needs to change.

Toward a Real Boys and Girls Club

You can’t say that you welcome diversity and then do everything in your power to erase certain gender characteristics. The world—and not the just brogrammer’s world—needs to perceive the feminine as just as authoritative, intelligent, and worth listening to as the masculine. For your part, bro, assume the girl in the dress is just as sharp, experienced, and good at her job as you are—unless the quality of her work tells you otherwise. Learn how to get better at technical recruiting so that you can truly embrace diversity among your technical teams. Also, check out Wibowo’s recap of her amazing AlterConf presentation.