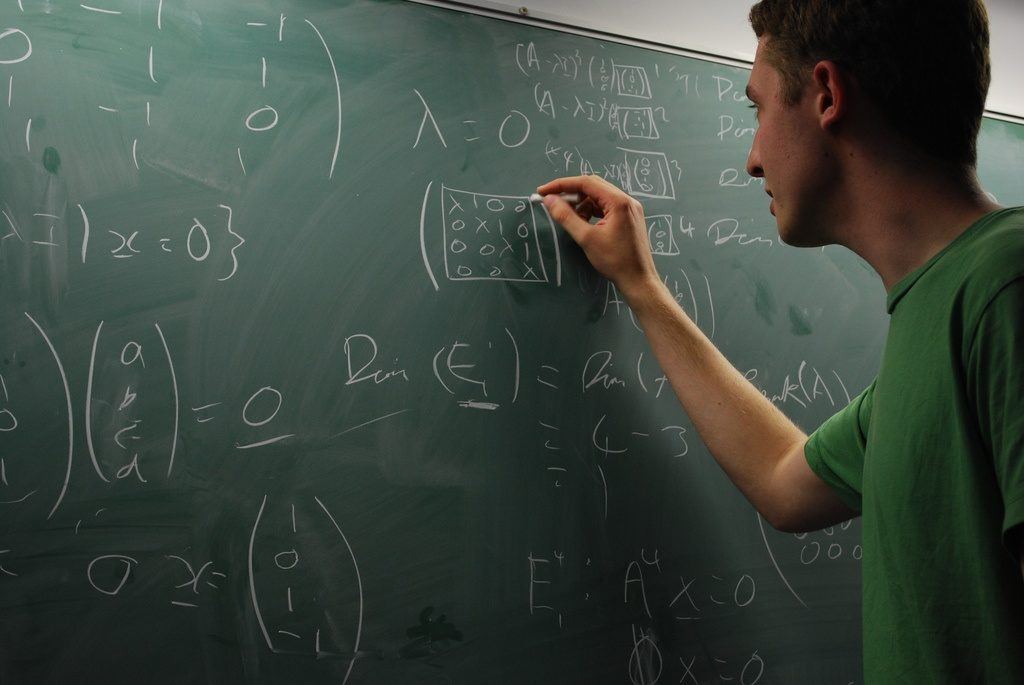 In Part 1 of this series on how to apply Lean to Human Resources, I explained the history of Lean and showed how its principles are being applied to virtually every industry, function, and vertical. Yet, it’s applications, while incredibly germane for Human Resource operations, has not yet been adopted even though Human Resource processes are the exact types of processes for which Lean was developed. I also introduced the concept of Value and Waste in part 1 and showed examples of each of the 7 wastes from the world of Human Resources.

In this Part 2 of the series on Lean HR, I want to take you through an actual application of Lean for Human Resources.

In Part 3, I introduce the concept of reducing process steps and how doing that will help the firm save time, money, and effort.

Let me introduce you to a fictional company we will call Abilla and Sons.

Abilla and Sons is a company in the Pest Control industry. They started out focused on serving a small area of Southern California but because of the tremendous demand, they are now expanding to 5 other states. As a consequence, they have a strong need to hire field sales reps – about 300 of them – in the next 4 months. Now, keep in mind, the busy selling season for pest control begins in May and ends around August. It is the end of January and the recruiters at Abilla and Sons are very stressed out.

How in the world are they going to source, interview, hire, and onboard, and train 300 sales reps in only 4 months?

Thankfully for Abilla and Sons, a young part-time office assistant named Angela has been studying Lean. In one of her classes at the local university, she learned how Lean was applied at a local hospital and that really sparked her interest. She could see how Lean could be applied to the recruiting problem at Abilla and Sons. So, she approached Pedro, the CEO and offered to help. Her hypothesis at the time was that if Abilla and Sons streamlined their recruiting process and eliminated a lot of the steps that don’t add value, they just might be able to hire all 300 sales reps before May. That was her hope anyway. To her surprise, Pedro, the CEO of Abilla and Sons gave her the OK. After all, what do they have to lose? 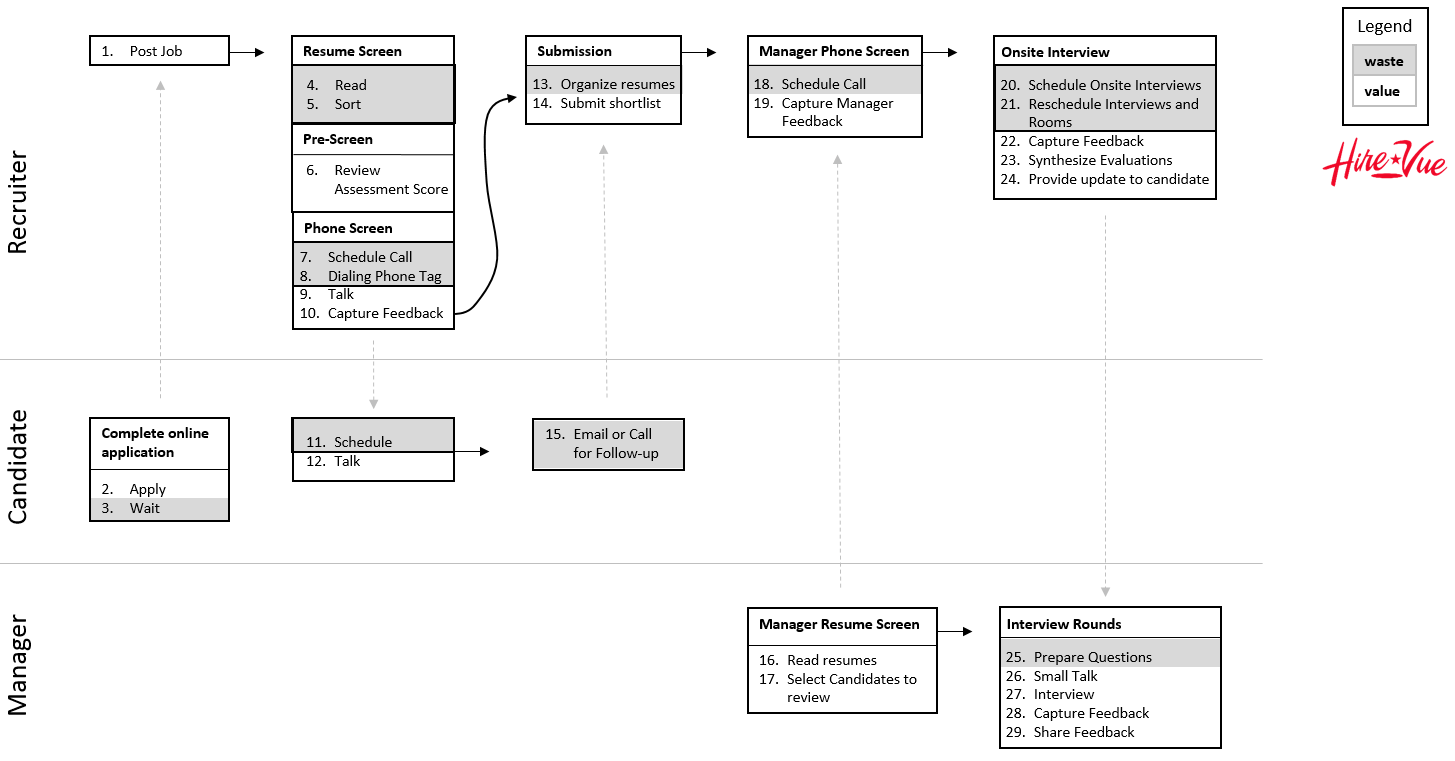 Angela showed her work to Pedro and the executive team responsible for the various sales territories and lines of businesses. They loved it. One person, the Director of Sales for the Western Region, even said that “the simple map brought so much clarity to a confusing process.???

Click to Tweet This: "That simple lean consumption map brought so much clarity to a confusing HR Recruiting process"

Pedro, the CEO, however, while pleased with the work, had some feedback. You see, Pedro is a stickler for data. He felt the human resources process map was good, he still wanted to know how much time, effort, and money the company could save if they either reduced or eliminated the waste. He said “Angela, can you help us figure out the ROI if we got rid of the waste in the recruiting process???? Always up for a challenge, Angela of course said yes. So, back to the drawing board she went.

In part 3, Angela will use the same exact recruiting process map, but she will overlay a few dimensions to it, such as time, volume, and effort.

And then in part 4, I’ll show Abilla and Sons approach to eliminating the waste and thereby meeting the May deadline for hiring field sales reps. Stay tuned.