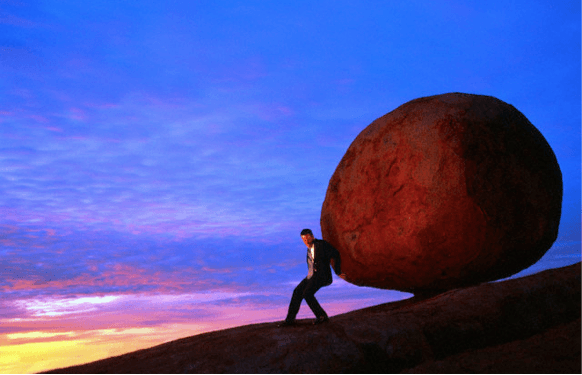 You’ve found your dream job. The interviews are done, and when the phone rings you’ll jump up and shout “yes” to the offer that will lead to career bliss. That’s how it is supposed to happen… right?  Everyone hopes to land a dream job, but not everyone succeeds. A recent LinkedIn global study found that only 30 per cent of respondents said they were thriving in the career of your dreams. Shalani Phillips, 35, chased her dream job, and  was initially disappointed until she took matters into her own hands. She was sure the job as manager of training and development at SCM Insurance Services in Mississauga, Ont., was hers. She had gone through a rigorous process and was sure “this was the right company” for her. But her joy turned to disappointment when she was told that, for budgeting reasons, SCM wasn’t going ahead with the position. Despite the initial letdown, she still felt strongly that this was the job for her. Ms. Phillips decided to keep in touch with SCM, hoping her job of choice would eventually become available. A big challenge, she noted, was moving past her feelings of disappointment. Through LinkedIn she kept in touch with the recruiter who first approached her about the job and also maintained a connection with the head of the department, who she e-mailed monthly. Meanwhile, she kept looking for work though she became picky about her job hunt. Ms. Phillips turned down four job offers. “I knew they weren’t right. I was lucky enough where, financially, I didn’t need to get a job right then and there.” In the end, her search for the perfect job had a happy ending. After four months, Ms. Phillips got an offer for a similar position with a great boss at a compatible company. But even though she thought “this is it,” she still had a nagging feeling that the position might not measure up to the dream job at SCM. Three days later, her persistence paid off. She received the longed-for call from SCM Insurance Services: The budget had been finalized and the company wanted to bring her on board. Ms. Phillips has been SCM’s manager of training and development for three years, and she says she doesn’t regret holding out for her dream job. “I would do it again.”  Persistence as it turns out, pays off.