What Is Artificial Intelligence? An Industrial-Organizational Psychologist’s Perspective

Recently, I accepted a position as an Industrial-Organizational (IO) Psychology Consultant at HireVue, which leverages the use of artificial intelligence (AI) to develop and validate assessments for hiring across the globe.

Though I have been in the field of selection my entire career, and consider myself a technical expert in designing, developing, and consulting on a large variety of assessment solutions (yes, starting with the paper and pencil of old, over 2 decades ago) the use of AI technology to predict how a candidate will perform on the job is a seminal approach to hiring that frankly, fascinated me.

In conversations with former colleagues, current friends, and leaders in the field of Talent Acquisition, IO Psychology, Recruiting, and the assessment space, I realized there was a lot of smart people that really didn’t understand (like me) how the use of AI really works. Couple that with the misinformation and common misconceptions, and throw in terminology like algorithm, machine learning, training sets, Random Forest statistics, and well, I can see why there is such a conundrum.

As I devoured as much information as I could about AI and specifically its use in Talent Acquisition and Selection strategies, I had plenty of Aha! moments and wanted to share those in a blog series that will deconstruct and hopefully demystify some of these misconceptions. I wanted the answer for myself - is AI truly transformative and disruptive for Talent Selection professionals, or just a cool new way to predict performance, lower turnover, improve the candidate experience, increase candidate diversity, and all the things we IO’s look to that define a quality assessment solution?

In this first blog, I will parse out the basics of AI and how it foundationally works, because this understanding needs to happen before we decide to feel one way or another about it.

What Is Artificial Intelligence?

As I scoured the internet on everything AI, there is an overwhelming amount of information available. Everyone is talking about it. AI has been touted as the new economy, the new industrial revolution, and in 2017, Russian President Vladimir Putin said the leader of artificial intelligence will rule the world. So, for those of us that are just catching up, what is AI?

Let’s talk first about what it isn’t. It isn’t a takeover of computers or robots, war machines, or the end of our jobs or our world, as some press and pop culture would like us to believe. And it’s not, as the late great Stephen Hawking said, “the worst event in the history of our civilization” (though his perspective was a little broader than that).

It is, however, truly transformational technology that is threaded into our everyday lives more than we are aware. It is fundamentally altering the way we make decisions and gather information for business, (hiring, chatbots, Google Robots, loan applications, stock analysis) medicine, (cancer detection, better pharma drugs, brain monitoring, autism, and Alzheimer's detection) our personal lives (Siri, Alexa, Uber, Facebook, Google Maps, Netflix, Amazon) and just about everything in between (predicting earthquakes, self-driving cars, and the artists of the new world).

As with any new technology that is changing the way we envision what the future will look like, - think of the PC and the internet — I know one thing: it is growing at an exploding pace, and life will never be the same again.

“Prediction Machines: The Simple Economics of Artificial Intelligence,” a Top Ten Technology Book for 2018, states, “our first key insight is that the new wave of artificial intelligence does not actually bring us intelligence, but instead a critical component of intelligence – prediction.”

And when it comes to bringing in the right people with the skills and competencies needed to keep a competitive edge in an ever-changing world, nothing is as important as improving prediction.

Now for the real definition. Artificial Intelligence is defined as “a broad area of computer science that makes machines seem like they have human intelligence.” The technology functions by way of an algorithm, (i.e. model) which is a set of rules created in a sequence that tells a computer how to complete a certain task or solve a specific problem.

For example, when you ask: “Hey Alexa, what is the capital of Cuba?” and miraculously, she says: “The Capital of Cuba is Havana.” — this is AI in action. Alexa is an example of simple, singular-task AI, otherwise known as Weak or Narrow AI. The way she arrived at the correct answer was through data that was inputted and sorted from a taxonomy with a finite number of answers (i.e. all capitals of the world, with Havana being the only right answer for Cuba).

Algorithms that are more complex — processing information outside of simple taxonomies — can continue to learn with data that is regularly inputted into the model; thus, retraining itself to find patterns among patterns of associations, increasing the accuracy of prediction over time. This variety of machine learning algorithm development is what is changing the game.

What is an example of AI? AI functions much like how our own brains work with how we process information and follow patterns of learning. For AI to work it needs input data, training data, and feedback data. Machines have data access and learn when the algorithm tells it to look for and analyze the data, something that the human brain does automatically.

To draw an analogy with human learning, when a mom points out to her toddler the difference between a dog and a cat, that identification is fed into the toddler’s brain (the algorithm) as initial input data. The toddler then continues to learn (machine learning) and can eventually distinguish between not just a dog and a cat but different types of dogs. His brain is trained on correct (and incorrect) feedback data through trial and error that helps him make stronger and stronger predictions about dogs. The toddler will eventually be able to distinguish the difference not only between a Golden and a Chihuahua, but will learn that a Chinese Crested also happens to be a dog.

This ability to learn has major implications for Industrial-Organizational Psychology. In my next blog, I’ll dive into how artificial intelligence can be leveraged for more effective and candidate-friendly pre-hire assessment.

Learn more about the impact of AI on IO Psychology 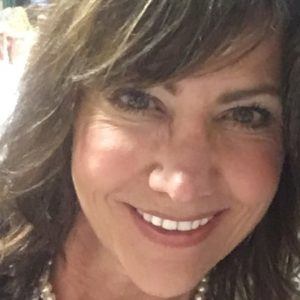