Recruiting in a Crisis: 6 Lessons from BP's Campus Recruiting Transformation During Hurricane Harvey

When Hurricane Harvey hit Houston, Texas in August 2017, it flooded the BP America headquarters. BP employees rallied around each other during the crisis. Those out of harm’s way operated a call center for employees in need, and BP volunteers helped 511 local employees in need. Hurricane Harvey was a tragedy on all counts. As the costliest hurricane on record, it caused more than $125 billion in damage. BP implemented a four week ban on travel to and from Houston for all BP employees.

For recruiting, the timing couldn’t be worse. August and September are a critical time for campus recruiting. It’s when the leaders of tomorrow become acquainted with your organization, and when the highest-potential students start receiving offers.

If you don’t get offers out by September or October, you’ll miss top talent. Hurricane Harvey impacted 94 of BP’s recruiting events. With our American HQ underwater (literally), and a month-long travel ban in effect, we needed a new approach to recruiting top graduates. 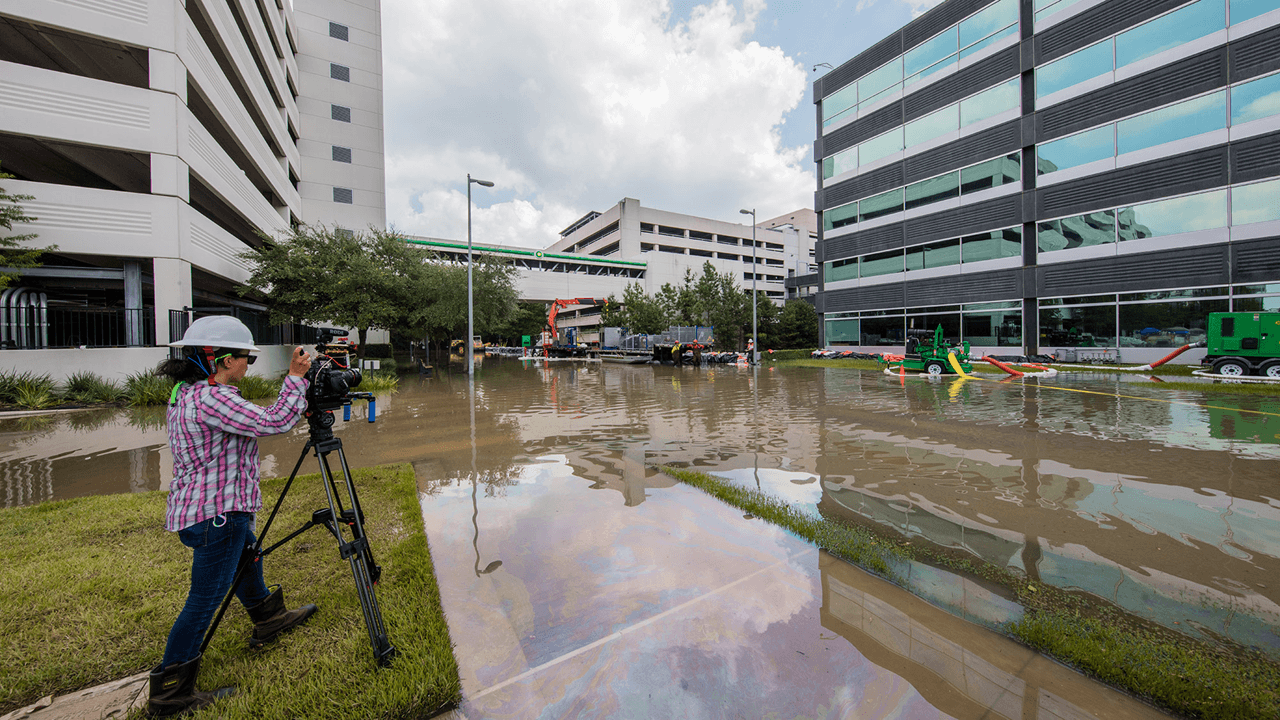 Before the Storm: BP’s Approach to Campus Recruiting

Prior to Hurricane Harvey, our approach to campus recruiting was fairly standard. After sourcing, we would conduct campus interviews and HireVue On-Demand interviews (for students from campuses we could not visit) for our first round. Our second round of interviews involved flying students into a BP site for a day of interviews, keynotes, and networking.

Top candidates identified during this second round received offers. For second round interviews taking place in Houston, we were unable to bring candidates onsite due to Houston’s office being submerged under 51 inches of rain. We had two weeks to create an entirely new recruiting process.

We tapped into several business counterparts as we considered options for conducting our second round interviews. We reached out to our counterparts in the UK first. They had been using Skype to conduct digital face-to-fact interviews.

We felt that this would be limited given the short timeframe we were working with. If a candidate didn’t have a Skype login, or didn’t have the Skype app, they couldn’t take part in the interview. There were too many potential barriers to entry for candidates. We reached out to our Human Resources Information System (HRIS) team next.

They connected us with a recruiter in Australia who had been piloting HireVue Live. While they were not leveraging it on the scale we needed, we uncovered that an Applicant Tracking System integration was already built out. Since HireVue Live interviews didn’t require additional logins on the part of the candidate, they were a perfect fit for a rapid rollout.

Hurricane Harvey required our hiring process undergo a digital overhaul. We still sourced and attracted candidates like usual, but transitioned the majority of our first round interviews to HireVue OnDemand.

For our second round, we called candidates to schedule a time for a Live interview. We stuck with personalized outreach here because of the short timeframe; there was no time to investigate and implement scheduling options. We also need to ensure interviewers were trained on HireVue Live. We wanted them to go into the interview confident with the technology.

On a regular cadence we invited interviews to a standing meeting, where they could learn the tool by simulating an interview with a member of the recruiting staff and ask any outstanding questions. The meeting was held whether there was one interviewer in the meeting or 10. For hiring managers who could not make any of the meetings, we recorded one of the trainings and provided a link to it in the meeting invite.

The rollout was hugely successful. This was the first time some of our candidates and hiring managers experienced a 100% virtual recruitment process. Most of our interviewers were working from home at the time, and they reported a positive experience throughout.

All in all, we conducted 100 interviews via HireVue Live during the Hurricane Harvey fallout. The US University Relations team extended 46 offers, 40 of which were accepted. Creating a personal connection with candidates was still really important to us.

After the city was in a better state, we hosted a Houston Super Day for the candidates who accepted offers and missed out on the opportunity to come onsite. We took them on a tour of the BP campus, set up networking opportunities to meet their new coworkers, and gave them a taste of the revitalized Houston.

After the campus recruiting season, we had an incredible opportunity to reevaluate our entire approach. We still proactively source and attract candidates, but we’ve moved away from on-campus interviews. Instead, we leverage On-Demand video interviews for the majority of our first round screening.

A big part of getting approval for this was the success of HireVue Live and the positive feedback from hiring managers on the digital-first process. For our second round, we still bring candidates onsite. Houston is a beautiful city; we want to bring our highest potential candidates to our campus, an immersive experience, and answer their questions. That said, HireVue Live remains an option for hiring managers. This means if, say, a high-potential candidate is studying abroad, we can still move forward with them.

We learned a ton from this crisis. No one anticipates a disaster like a hurricane impacting their campus recruiting season, but that doesn’t mean you shouldn’t have a crisis continuity plan in place. Through this experience, we’ve identified six steps you should take if you ever experience a similar crisis:

Ideally you’ll never need to use this checklist. That said, you never know when and where a natural disaster or other crisis will require you to reimagine how you hire on the fly. Hopefully this post will give you some ideas if you ever find your recruiting team in a pinch! 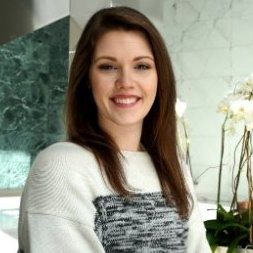 With five years in recruiting for major corporations, Rebecca Wright now oversees BP US campus recruiting systems. She also manages recruitment for Electrical and Civil engineering and supports ongoing recruitment events on campus. She earned a B.S. in Communication Studies – Human Relations from the University of Texas at Austin. Find her on LinkedIn.

How to Empower Recruiters to Make Hiring Decisions for Hiring Managers