We Killed the Cover Letter: an Applicant Tracking System Fail 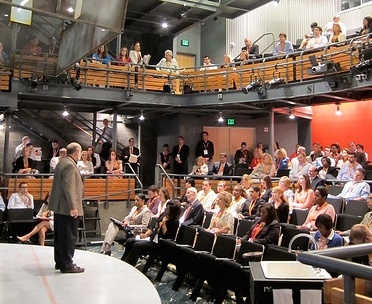 Google the term “cover letter,” and one of the first things you’ll discover is how few people still read them. If you’re like most HR professionals, you’re relying on ATS to scan for resume keywords, and the cover letter falls to the wayside.

According to Talent Board chairman Elaine Orler and Gerry Crispin, a long-time staffing expert, when we killed the cover letter with our applicant tracking system, it had disastrous consequences for candidate experience. They discussed how to get back to the purpose behind the cover letter: let candidates show you who they are.

What We Lost With the Applicant Tracking System

Cover letters were the one personal, individualistic portion of an impersonal resume submission experience. Instead of getting probed with the virtual equivalent of cold medical instruments, our candidates had the chance to make themselves human.

Through cover letters, candidates had the chance to present themselves as more than a list of skills, accomplishments, and work experiences. They gave candidates a way to forget about applicant tracking system keywords for a while and speak freely about who they were. When the cover letter died, candidates lost one of the most crucial psychological components of the candidate experience. They lost the chance to tell HR what seemed important and relevant when competing for a job.

How It Affected the Candidate Experience

Without the cover letter, candidate experiences tipped heavily—and selfishly—toward either the resume black hole or toward recruiters and their timelines. All too often, recruiters initiate contact, ask for an application and a resume, ask for a second draft of the resume, and then bail faster than a bad boyfriend when a candidate isn’t a plug-and-play winner.

Even with courtesy on steroids, you’re still not fulfilling the candidate’s need to feel understood by you. A great candidate experience takes the needs of every stakeholder into account, including the needs of the candidate. As Talent Board research has shown, a poor candidate experience, by lowering net promoter score, can hurt a company’s bottom line. As Orler says, it’s hard to find a balance between telling candidates they’re not good enough to work for you but still asking them to be your customers.

So Do We Resurrect the Cover Letter? Not Necessarily.

Let’s face it—the cover letter is so 20th century. We need a 21st-century way to help candidates who they are beyond the bullet points on a resume. On-demand digital interviewing is one way to fulfill the purpose of the cover letter without actually resurrecting the dead.

In the end, candidates accept the digital applicant tracking system process as long as they get to showcase themselves. People should be more than a two-dimensional two-page summary. They deserve a way to share their vision, their passion, and their unique talents. To explore this topic further:

How to Prepare for Your HireVue Assessment